The Future of Networks Depends on Technology. Or not. 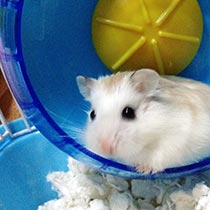 The turn of the year is traditionally a period of intense prediction making, and I cannot go wrong today while predicting that the future will be networked. But which future? If we can expect technology to bring us faster, smaller, more connected and more clever tools, devices and algorithms, human psychology doesn’t follow such a straightforward path – I resisted writing “linear”, as the advances of technology rather seem to be power based, if not exponential. History is full of dead ends and periods of regression, and the structures of power and subordination that hold our society together are so deeply engrained into our minds that any cultural or social change is subject to strong resistance, or even to denial.

While evidences of the necessity to change a system that has fostered wealth inequality and deepened social and environmental degradation for more than a century are unveiled every day, most organizations stick with present inefficiency and bureaucracy. Even worse, technology is commonly used to leverage a faster and dumber business as usual. Some of last year’s heroes of an enlightened sharing economy reveal themselves as no better than sweatshops. Is that to say that we are doomed to live in a dystopian future? I don’t think so, but for our heavily hierarchical organizations, the shift toward resilient and wirearchic networks, able to adapt to complexity by enabling the creative and cognitive power of their workforce, won’t take place overnight, despite what many “social something” zealots might say. Information technology, of course, has a major and critical impact on our life, and is here to stay. But believing that collaborative solutions will transform the way businesses create and deliver value, by reshaping the way we work, is as meaningless than hoping that Facebook will change the course of the world. To ignite and sustain the conditions for purposeful networks to grow, we need more. And there is more. But is it the right path?

Even if you didn’t see the movie, you might know Minority Report’s famous sequence, in which Tom Cruise is greeted in person by an animated billboard. What was pure science fiction in 1996 is today almost a reality. The tremendous computing power at the disposal of marketers allows them to segment and target consumers at the nearly individual level, and to build context-aware campaigns. Each of our digital footsteps is now tracked, analyzed, then translated behind our back into so-called “interest-based advertising”. We still have the possibility of opting out from some companies’ assaults, but for how long? And to which extent?

As very few organizations care about protecting their internet surfing with an external VPN, through their search history, Google knows what problems they are trying to solve, which prospects they are targeting, what they are buying, selling, when and to who. Today’s internet is the playground of data gatherers, and it is unlikely that, as enterprise networks need more and more to extend their reach beyond organizational boundaries to include customers, partners and suppliers, they extend in the “public” internet space.

In fact, the consumer world is already showing the way. As the web is following the same path as the printed media industry, once almost exclusively informative, then more and more cluttered with promotional and advertising content, people are beginning to protect themselves from marketers’ eyes. Ad blockers plugins and ad removal mobile apps are gaining mainstream traction. As privacy concerns grow, free public VPNs are multiplying, showing increasing trafic, not only from countries where internet access is censored, but also from many Occidental countries. Tor, originally developed and deployed for the US Navy, not only allows people to connect anonymously to the Web, but also extends privacy forward by providing support for hidden web services, invisible outside the Tor network. As inter-organizations networks appear, chances are high, and by large, for the benefits of security and integrity, they will be stealthy.

Among other criteria, the performance of networks is linked to the reliability, the efficiency and speed at which information flows across their links and nodes. The quest for these capabilities was already at the heart of ARPANET, the ancestor of our internet. But while ARPANET’s original transmission protocol, NCP, which was later replaced by TCP/IP, focused on data distribution among links, it took a couple more decades before Napster introduced a truly decentralized way to distribute information. With the birth of peer-to-peer file sharing, appeared the possibility to build resilient digital networks.

One of the main weaknesses of many peer-to-peer networks has been the lack of security, which leaded to the creation of truly anonymous networks, using cryptography to ensure the validity of data exchanged. Other projects, such as Tribler, involve adding anonymity and true decentralization to popular peer-to-peer protocols. Yet, it is only with the development of the blockchain technology, the technology underlying Bitcoin, that truly decentralized networks reached usefulness beyond semi-legal file sharing. By eliminating the need for trusted authorities and regulators in applications like financial transactions or voting systems, blockchain technology may open the way for truly independent networks, freed from external bureaucracies and power. As the founders of Ethereum, one of the projects aimed at developing the technology for other uses, state it:

“This design would allow the DAO to grow organically as a decentralized community, allowing people to eventually delegate the task of filtering out who is a member to specialists, although unlike in the ‘current system’ specialists can easily pop in and out of existence over time as individual community members change their alignments.”

One thing at least is sure: healthy networks are, and operate, in a fully decentralized way.

Here comes the tricky part. The wealth of networks – I am not talking about monetary possessions here. The economic dimension of blockchain-like architectures is a whole subject by itself, that I don’t feel qualified enough to tackle – lies in their ability to create value for themselves as a whole, as well as outside of themselves. The technology we see rising aren’t considering networks as a whole, but rather as a collection of individuals aiming at creating value for themselves. By itself, their purely transactional nature reduces the true nature of communities to a caricatural expression, even if some initiatives, like the one Reddit is initiating, aim at leveraging the effect of individual transactions for the benefit of the whole community.

Take trust, for example, which is one of the core intangible assets of communities. Today, trust is a kind of chicken-and-egg problem, in a world in which most of workers are disengaged, and characterized by hardcore individualism and irreducible hedonism. How do we foster fruitful relationships without trust? And how do we restore trust without leveraging genuine intimate relationships? Trust is built interaction after interaction, on the foam of shared expectations and realized premises. Reputation systems, that can be implemented with the latest developments in blockchain architecture, are a just a wee proxy for trust. In fact the blockchain is opening the way for trustless networks…

The wealth of networks isn’t the sum of the wealth of the individuals that compose them. We still need a way to create value for them as a whole from many perspectives, whether this be intellectual property, trust, or any what you could think of collective outcome. From distributed, we have at least to go to cumulative.

Systems built on the blockchain architecture are, or can be, stealth, and truly distributed. Yet, they don’t, for now, leverage the possibility to build fruitful networks. On the opposite, they are allowing for the substitution of centralized institutions by faceless, anonymous closed markets. The risk is here, by adopting this range of technologies without challenging ourselves about the basic needs for efficiency in a network-based society, that will transform us into human hamsters, relentlessly spinning a flashy wheel. Banks, the symbols of top-down absolute power, have already understood the opportunity of using the blockchain to their own advantage. If we don’t care, we will soon end up in limbo, kept away from where the shift still has to occur, unable to reach the real tenants of power. Let us not be blinded by technology which may leads to the rise of powerless networks, and instead, let us build the future on what makes us human.