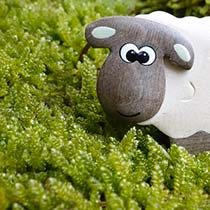 France feels cold. Or at least this is what we learn while turning on the radio. On the air, we hear nothing but freezing cold and lowering temperature. Think over, -5°C, this is a record since… 2012, a record-breaking that might make our Canadian friends laugh. All day long, media, both old and new, force us to face a reality they never stop forging.

The Revenge of the Message

In Understanding Media, Marshall McLuhan has explained how media shape our perception of reality. Here is the way he described what he himself summarized into “the medium is the message”:

“To behold, use, or perceive any extension of ourselves in technological form is necessarily to embrace it. To listen to radio or to read the printed page is to accept these extensions of ourselves into our own personal system and to undergo the “closure” or displacement that follows automatically.”

By making information ubiquitous and seizable in real time, internet and social networks have radically transformed this perception during the last decade. Even more, by putting into our own hands the responsibility of filtering and making sense from this information (as Clay Shirky states, “it’s not information overload, it’s filter failure”), technology gives ultimate and universal reach to this other sentence from McLuhan:

“Our private and corporate lives have become information processes just because we have put our central nervous systems outside us in electric technology.”

But 1964 McLuhan’s vision, against which he incidentally warned us and in which we are now immersed, is incomplete. In our post-McLuhan society, the reshaping of our perception is strengthened by the nature of the message conveyed by media. This message depicts a normative and normalized world, from which any excess (of temperature, of controversy, of harmful to health substance – but more and more substances meet this criterion -, of behavior) must be condemned and banned. It doesn’t matter if, for example, as Jean-Claude Chesnais has demonstrated in The History of violence: homicide and suicide through the ages, violence rate is in constant diminution since Middle Ages, it has become less and less bearable as well as more and more mediatized.

By becoming “information processes”, to use the words of McLuhan, we are losing any distance from this perception, and dive through the distorting mirror that continual flows of information are putting in front of us. Similar to “The Truman Show” character, we henceforth live in a reality-show-like world, which presents us with a reassuring, or even moralizing, image of a more and more complex reality, Image to which we prefer to adhere, for our intellectual comfort. Under many aspects, this world, and ideologies that maintain it in action, are nothing but a huge pretence.

The echo chamber that grows in the midst of social networks, the cognitive isolation in which Facebook maintains us by showing us primarily what we are used to see, are some perfect examples of the mechanism through which medium and message mutually reinforce their effect to distort our perception of reality.

The Myth of the Providential Man

If one domain exists in which this phenomenon shows with most clarity, it is the one of political discourse and structure. 2017 is an electoral year, and we can see here and there, springing up from nowhere and shaped by media, providential men ousting traditional politicians. Donald Trump is the perfect example. He built up his image, not from his action, but from his media expression. He is the glittering owner of the Trump Tower (open to the public, further underlining his luxuriousness), and was the merciless businessman from The Apprentice reality show. US elections certainly were won more on the basis of gossip magazines than of the value of a program.

Most analyses, in the US as well as in France, focus on the will to change, on the will to restore a prosperous nation. But a quick look into this premise allows us to see what it covers: if the reasoning has changed, the core is still the same that prevailed at the dawn of the Glorious Thirty, and that underlaid the reconstruction after World War II’s trauma. Under many aspects, the change we are proffered is nothing but an ideological backward step of more than a half-century.

Even if not really different from the “Work, Family, Fatherland” that was our national motto during the Vichy regime, “Work, Youth, Fatherland” summarizes quite well the content of the change proposed by politicians from every hue.

A premium is put on youth, in an era when complexity would request to be able to benefit from the whole diversity of knowledge and of experience available throughout the society. On the whole politicum spectrum, we can feel and see the rise of economic or identitarian closure, the will to redefine markets and alliances, to enforce borders in a security objective, although it appears clearily that the deepest challenges we are facing cannot be solved at the scale of a nation.

The topic of work is the most affected by distortion of reality. Every candidate to theFrench presidency, actual or potential, presents himself as the defender of work as a value. What could be natural, at a time where unemployment is historically high in our country? Except that…

The nature of work is radically evolving, under pressure from new technologies and artificial intelligence, already condemning numerous jobs. Whatever the conditions, still very badly known, of this evolution (disappearance of job categories, transition toward more creative forms of work), it clearly appears that the premise to restore full employment comes more from magical thinking that from any analysis, no matter how rudimentary it would be.

Beyond the debate about the transformation of the nature of work, that might well by itself disqualify almost every political discourse, lies a more pernicious, but much more fundamental, question. Everyone talks about the “Uberization of the society”, but very few seem to realize what this REALLY means.

Two of Uber cofounders, Travis Kalanick and Garett Camp, have today an estimated fortune of more than US$ 6 billion each, while the average income of Uber drivers in France (according to a Boston Consulting Group study) is between 1,400 and 1,600 € for 52 hours of work per week. A recent report from the NGO Oxfam shows that half of the world’s wealth is in the hands of 1% of the population, while the real economy (the production of goods and services, thus what we commonly qualify as “work”) only accounts for less than 5% of the global economy. If Uber is a symbol, it is the one of the fundamental divide existing today between work and enrichment.

In such a context, the criticisms addressed to the more and more outrageous wages given to top CEOS becomes quite frivolous, as in fact they represent the dying fires of managerial capitalism, another revival from the economic model of the Glorious Thirty. The present model, instead, digs a deeper and deeper ditch between an elite whose wealth grows in exponential ways and the majority of the population whose income at best stagnates, ad Oxfam’s report shows. The real challenge is less the growth of inequalities in the distribution of wealth than our social infrastructure. Our society has been built and structured, since the fall of the Old Regime, around its economic dimension, dimension in which work-as-a-value, as heralded by our politicians, played a structural role as the driving force. Obviously, it doesn’t play this role anymore.

If, almost two centuries ago, in his Contribution To The Critique Of Hegel’s Philosophy Of Right, Marx stated that “religion is the opium of the people”, it might be time to proclaim that work as become the opium of the people, as his arguments against religion, “an inverted world-consciousness” , fit so well work-as-a-value. In Mark words:

“The basis of irreligious criticism is: Man makes religion, religion does not make man. Religion is the self-consciousness and self-esteem of man who has either not yet found himself or has already lost himself again. But man is no abstract being encamped outside the world. Man is the world of man, the state, society. This state, this society, produce religion, an inverted world-consciousness, because they are an inverted world. Religion is the general theory of that world, its encyclopaedic compendium, its logic in a popular form, its spiritualistic point d’honneur, its enthusiasm, its moral sanction, its solemn complement, its universal source of consolation and justification. It is the fantastic realisation of the human essence because the human essence has no true reality.”

Future stays, of course, entirely to be written, and no one would today pretend to know what it will be made of. Yet, if we want to introduce more equity and solidarity in our organizations, in our society, we will have beforehand to dismantle, stone after stone, the ultimate pretence in which we are struggling. McLuhan thought that art could bring us the elements of understanding required for a more lucid vision of the effects of technology and information on humanity, and immunize us against them. To get out from the lethal socio-economic determinism in which we are trapped, let us open our eyes, bite the bullet, and recover an artist’s soul. We desperately need it.

This entry was posted in As experimented, As seen, heard or read, English and tagged creativity, economy, governance, social contract, society. Bookmark the permalink.