The Age of Ideology 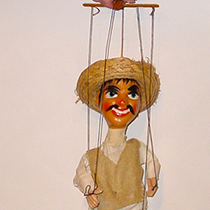 We are living in a sad world. An hyperlinked world. A networked world. In theory, this should mean unlimited, universal and unrestricted access to information. In our societies, this should mean the rise of enlightened democracies, powered by collective intelligence, geared toward people’s well-being and education. In our businesses, this should mean the birth of learning organizations, as described by Peter Senge in his seminal The Fifth Discipline. Alas, the world we are living in seems to have been overwhelmed by the one of the nastiest characteristics of networks: speed.

To cope with the ever-growing speed at which information is shared and consumed, we tend to oversimplify our messages, reducing most forms of communication to buzzing catchwords. As a result, bits of information collide with each other. By narrating the world in 140 characters sentences, we substitute the violence of images for the subtlety of words, ready-to-think asserting for in-depth questioning. When power or influence is at stake, in order to stand out and get heard in the echo chamber that our environment has morphed into, information, or what’s left of it, leaves place to mere communication, and even worse, to ideology.

We are now basking all day long in ideology. Politicians and media have mastered the dubious skill of replacing objective information with twisted doctrines. Consider the Brexit, triggered by a referendum for which many arguments were knowledgeably—and recognized as such by its partisans afterwards—false. The ideological, and biased, nature of these arguments was so blatant, and the inability to confront them with the reality so large than the victors flew away from the scene once the result known. Fear of immigration, and negation of the effects induced by a distressed economy were strong enough to drive the vote, but too dangerous to underlie even the most demagogic realpolitik.

Consider also the recent horror of Nice slaughter. Long before Daesh claimed the attack, politicians from all side were heralding its terrorist nature, at a time when no evidence could support their assertion. Apart from Daesh’s claim, there is still today little if not none evidence for what has objectively been the mad act of an alcoholic, violent, and mentally deranged individual. Information? No, ideology. It is far easier to namean external enemy than to deal with diffuse internal problems. It is more comfortable to let people believe that the “nation” is a safe harbor where nothing bad should happen, while we are waging war abroad, in places that, sheltered behind our screens, we can keep thinking of them as abstract.

The corporate world is also saturated with ideology. Growth, efficiency and performance are the master words of our modern economic machines. Growth? We live in the richest societies of the whole humankind history, as Angus Maddisson has shown.

Evolution of global GDP through ages

Subjecting corporate development and flourishing to growth is a dead end, comparable to believing that trees grow up to the sky, unless we look at development along a financial only angle, zeroing out all considerations to people and to the economy of products and services. As Edgar Morin recently reminded us (article in French):

Efficiency and performance are linked to a “more and more” mindset, to a vision of the world dominated by data and metrics. The “If you can’t measure it, you can’t manage it” business myth — incorrectly attributed to Edward Deming— has been transformed into an even more lethal believing: if you can’t measure it, it doesn’t exist. For the sake of a new god named Big Data, companies are ideologically heading toward a brave new world.

The power of collaborative practices and structures, able to unleash creativity and shared responsibility throughout organizations, is itself paid lip service by many executives who only see in corporate evolution a means to improve the status quo, instead of to trigger a real transformation. As a CEO told me a few months ago: “this is good for boosting my employees’ morrale, but, between you and me, this is mainly communication.”

There is no escape

Ideologies are about dominance, in a subtler way than hierarchies are. Under the pressure of speed induced by networks, they no more bother narrating a conception of the world but present us with an oversimplification of the reality which they force us to believe, eroding any resort to critical thinking. But this kind of mechanism simply doesn’t fit the logic of a world as complex as ours, resulting in tensions and frustration.

In L’éloge de la fuite (that, sadly, isn’t available in English), the French neurophysician Henri Laborit has categorized and described the different behaviors available to human beings when confronted to dominance. The first one occurs when positive outcomes are made possible, and focuses on enhancing these outcomes, mainly in maneuvering to improve our position by playing the dominance game for one’s sole benefit. Growing inequalities, concentration of wealth and power in the hands of a shrinking number of individuals, strengthening of the weight of hierarchies in organizations, are direct consequences of such hedonistic and individualistic behaviors.

“When confronted with adversity, humans only have three choices: fighting, doing nothing, or fleeing”

But there is no way to run away, as ideologies have for most parts replaced the information flows that nurture our networks, and lean on our emotions to ensure our allegiance. The only responses we are left with are submission (doing nothing), or rebellion. Anguish or anger, so are the choices available to us when trying to resist rampant ideologies, anguish and anger sustained and amplified every day by the nature of the ideologies that surround us and by the message they convey.

Living between anguish and anger cannot be sustainable, even more when one is opposed to the other. Letting these tensions increase will almost mechanically lead us in a world of rising distrust, hate and despair. Is that the world we want to live in?

In The Fifth Discipline that I mentioned at the beginning of this post, Senge described what he called the Laws of The Fifth Discipline, an ensemble of fundamental statements that should guide our judgment and actions when applying system thinking. Most of them, such as “Today’s problems come from yesterday’s solutions” are familiar to anyone practicing design thinking or involved in trying to solve societal problems.

But, in a time when we favor answers over questions, efficiency over precision, another rule we should consider very carefully is the sixth one: “faster is slower”. Our obsession with speed has made us welcoming ideology as a low-cost fast-effect proxy for information. The dictatorship of speed is, beyond terrorism, quest for wealth and power, demagogy, or self-indulgence, what will most surely drive us into chaos.

As long as we deal with technology, reaching the Singularity might be considered as an ideal in some intellectual circles. But when it comes to human, slowing down is no more an option. To stop making the world a worse place, it has become mandatory. It is time we give up racing for influence to begin solving real-world deep problems together, instead of concealing them behind stinking ideologies.

This entry was posted in As experimented, As seen, heard or read, English and tagged behavior, complexity, governance, wicked problems. Bookmark the permalink.

5 Responses to The Age of Ideology