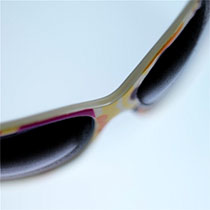 In 1970, the scientific journal Nature published a small but important article by Colin Blakemore and Grahame F. Cooper, two neurophysiologists from the University of Cambridge. The article, titled Development of the Brain depends on the Visual Environment, described the results of experiments in which they have raised kittens in a environment in which they were confronted only to horizontal or vertical lines, but not to both. In this context, when growing up, these cats became virtually blind to lines orthogonal to the direction they were exposed to, as their brain adapted to the particular nature of their environment.

Broadening of the Hierarchies

Hierarchies may be as old as the world itself. Yet, whereas primitive societies of hunters-gatherers were egalitarian, their social organization involved many transient hierarchies, allowing them to delegate authority to specific individuals or groups, according to ongoing necessities. The causes and rise of the status hierarchies that are so typical to our societies and organizations isn’t easy to decrypt. In Human Evolution and the Origins of Hierarchies, Benoît Dubreuil has developed an interesting theory linking them to the development of large-scale societies, triggered notably by the development of agriculture, in an era when human beings didn’t have the cognitive faculties necessary to deal with them in an egalitarian way.

Whether we do subscribe to Dubreuil’s theory or not, fact is that power-based hierarchies (where status, as mean of social or economic dominance, becomes a synonym of power) are key to the dominant paradigm that today prevails in most organizations, and that, far from being contained inside the companies’ boundaries, drives most of the production-consumption relationships between businesses and customers. The “we produce, you consume” motto, born in the age of industrialization and mass-markets, is nothing but a generalization of hierarchies, in which customers gave up their ability to think critically over their real needs and to decide on their own consumption patterns, for an accumulation of goods and services manufactured on (or notwithstanding) their behalf. From companies point of view, they became the last link in the production command-and-control chain, with almost no opportunity given to provide feedback (toll free numbers didn’t exist before the end of the 60s) and the single and straightforward “buy” order given.

While shifting from a product orientation to a marketing orientation after World War II, businesses haven’t untied customers from these hierarchical bonds. Quite the opposite, by focusing on and teasing customers’ aspirations, they induced further hierarchical behaviors among them, discretionary economic power translating into conspicuous consumption patterns and social tension. For the sake of growing business and developing companies, the cornucopia unsealed during the Glorious Thirties has become a tyranny of consumption, under which reign has the rigid mindset prevailing in organizations been extended to the customer world. An attitude perfectly symbolized by Patrick Le Lay, CEO of the French television channel TF1, as he stated in 2004 during an interview: “what we are selling to Coca-Cola is minutes of available human brain.”

In the meantime, the world has changed. Drastically. Yesterday’s certainties have disappeared behind arrays of possibilities and fuzzy choices, weaving complex environments in which there is no simple path, no really secure option. Constant streams of information are flowing around us, requesting, to make sense of it, a level of judgment and of knowledge more and more out of the reach of individuals. At the same time, technology allows us to connect and interact with practically no limits, reshaping our consumption behaviors through collaborative learning and distributed intelligence. As complexity increases, we rely more and more on our connections to meaningfully screen and qualify information. Our networks have become our filters.

Organizations, too, have evolved. Mass production has become, for many companies and in many sectors, a shadow from the past. Technology opens new possibilities to better listen to customers, to segment them according to economical, behavioral and social patterns, at the near-individual level, and to craft new channels allowing deeper and more relevant interactions and information exchange.

Yet organizations still consider their customers as if they were the bottom level of their internal hierarchies. They keep on believing that, while stuck in a paradigm built on silos, hierarchies, and denial of power to the front line, they can tame customers’ will and expectations. As in Blackmore’s experiments, they act as if, born and grown in a world where hierarchies were the most convenient structure to drive profit and maximize performance, they became unable to see how much the world around them has changed. They behave as if workers were insulated from the outside world, and impervious to the changes that affect us all as human beings. They operate as if rigidity and boxed expertise were able to compete with the imagination and nimbleness of networks of prosumers.

In a world where your customers are smarter than you, you are left with no other choice than playing by their rules to survive. Despite what some say, the present rise of a so-called collaborative economy might not represent the future of work, as most of these new companies still operate in a traditional centralized and heavily capitalizing way, harnessing the power of external networks mainly at the advantage of a narrow hierarchy. However, it clearly shows that any industry, every company is now at risk of being disrupted by newcomers able to answer real customers’ needs, as deeply rooted in networks.. From music majors to car rental, from hotels to real estate, the list of such examples is growing day after day.

It is a strange world out there. Trust and credibility are the cornerstones upon which we are processing information, weight suggestions and create knowledge in the midst of our networks. Unless organizations become aware of this new reality, they won’t be able to take advantage of it. What worked in an era of hierarchical production mindset has become irrelevant. Creating value for networked customers requires being able to dive into their networks, and to adhere to their rules and principles, to avoid running the risk of being thrown out like foreign bodies out of a living organism.

For most organizations, it won’t be an easy task. Decades of centralization in search for efficiency, years of capitalistic formatting in search for profit, have ossified their structure into blind hierarchies and one-way chains of power. For them, relying on technology will only enforce the status quo, falling short of enabling any kind of transformation. The solution lies in the power of people. As customers, as human beings, we know how to connect, how to co-create value, socially as well as economically. We are able to do the same as workers. It requires to trust us, to relinquish control, and to commit to build supportive structures. It -only- requires to open the eyes, and to learn how to bear the harsh light of our new reality.

This entry was posted in As experimented, As seen, heard or read, English and tagged business design, complexity, culture, governance, networks, paradigm, wirearchy. Bookmark the permalink.