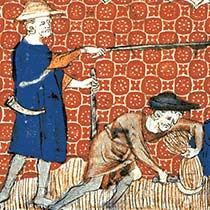 The firm is born from the principle of pooling means of production, of giving the possibility to give access to resources unavailable to single individuals.

According to Jeremy Rifkin, the reduction in production costs caused by the digital revolution is now paving the way for “makers” and renders obsolete the traditional enterprise, at least according to the definition given by the transaction cost theory. But does this make it a social progress?

The Irresistible Rise of Platforms

During the last decades, the concept of resource itself has dramatically evolved. As multiple means of production are now available to anyone at marginal cost, or even at zero cost, the main problem the company is facing has become the one of accessing the market. In a society tainted by individualism and competition, everybody is now fighting for finding new distribution channels for his own production. The development and flourishing of new giants, such as Uber of the Amazon Marketplace, was a natural consequence. The model they all adopted relies nearly exclusively on a digital platform providing anyone, again at a marginal cost, with powerful global logistics.

If these platforms provide individuals and very small entities with their own production means (it is no coincidence that Amazon lately cares very closely about arts and craft) with strong market exposure, they all share another characteristic: a really strong capital concentration. For example, Uber or AirBnB are private companies owned by a very limited number of shareholders, and Jeff Bezos, CEO of Amazon, is, by far, the main shareholder, direct and absolute, of the company with more than 17% of equity held. In a world in which the share of the real economy is shrinking day after day, companies have swapped production power for pure financial power.

The Producer, This Middleman

But this model in full development, which combines capital concentration with outsourcing production, is actually far from representing a step forward. The preindustrial firm was built on the hierarchy of roles and the rationalization of tasks, binding the whole around a common “vision” that could be summarized as “give me part of tour production, and I will give you more means to work” with the aim of global efficiency. The industrial company has developed the same kind of structure while compromising the vision, stuck in a gradual financiarization, and became the sick structure we know today, torn between the quest for meaning and a more and more exclusive search for profit, mainly unable to reconcile both terms of the equation. The company-as-a-platform, on the other side, has definitely gotten rid of the ownership of means of production along with the internal vision, bringing it instead directly to the customer using its services.

The theoretical work by Stephen Vargo and Robert Lusch on the service-dominant logic and the practical developments for the firm it gave rise to have demonstrated that an important potential for value creation lies in the interactions between a company and its customers. Undoubtedly, the company-as-a-platform has proved itself to be the most clever in the way it exploits this goldfield. By outsourcing their production, they also outsourced the major part of interaction with their customers. The recommendation and notation systems they have set up (and that was copied by many e-commerce websites, with much less benefit) have allowed them to keep control on the quality of this interaction. Actually, a few negative rankings are sufficient to strike someone off a platform.

The Deprived Human Being

In this context, by outsourcing production means while seizing the customer relationship and the value creation, the large platforms have deprived the individual, the actor-producer, from what was up to now the essence of work, namely participating to the production of a particular and differentiated answer to a precise need with specific competencies. The community of interests that gave meaning to the firm has vanished, replaced by an open market fueled with fierce competition. The human being has become at the same time a product and a tool, interchangeable and consumable according to the expectations of customers and to the needs of the company-as-a-platform. The search for efficiency that characterized the industrial firm, and that, from the set up of rigid hierarchies to the adoption of lean strategies, translated into the optimization of available resources, has been replaced by a search for effectiveness based on the quantity of actors available to the platform.

Where the preindustrial company and the industrial firm could boast about a symmetrical relationship between them and their employees (share of production outcome against means to produce in the former case, production against wages in the latter), relationship whose terms and mutual obligations were formalized in a contract, the company-as-a-platform doesn’t provide any reciprocal commitment, access to market having no guarantee value. This relationship, based upon divergent interests, is in fact quite close to the one that existed during the Middle Ages between feudal lords and serve, when the lord rented his land in return for a part of harvest, while the peasant had no guarantee if the land would give him at least the means to survive.

The company-as-a-platform might without doubt represent the ultimate step for a capitalistic economy and a consumption society. On the other hand, for organizational or human realization matter, it doesn’t deliver any of the promises of a true economy of networks. The infinite amount of knowledge and connections that technology today brings to our disposal should allow us to set up a basis for an enlightened Renaissance, and instead we are diving deep into the darkest aspects of a new Middle Ages, in which data holds more value than work. We are living a really sad world…