The tainted narrative of the workplace 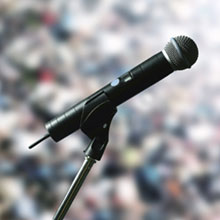 Technology is influencing more than the way we work, it also deeply changes the notion of workplace. As IBM wrote in 2011 in its The new workplace: are you ready? white paper:

“Today’s workplace is a virtual and/or physical environment, characterized by connections, collaboration and user choice, that enables the worker to be more agile and perform activities anywhere, anytime -ultimately creating greater enterprise value”.

Collaboration, as mediated by social software, is on the agenda of every CEO, or should at least be. A widening array of synchronous and asynchronous communication tools, available on almost any device you might think of, allows workers to access resources and knowledge wherever they are, eliminating the necessity to maintain a unified physical workspace. Technology itself is becoming nomad, ubiquitous, pervasive and affordable, in other words consumerized. Even further, the fast growing trend toward BYOD implies a deep interweaving of technology with most of our most mundane social behaviors. Yet, business as usual is still the rule, and most companies seem to be impervious to the changes which are transforming our everyday life.

Walking the talk… Yes, but which talk?

Today’s process based, widely automated and overly bureaucratic organizations are the result of an evolution which began during nineteenth century’s industrial revolution. But this didn’t come by itself. They were shaped that way by enactment, through the discourse and actions of generations of C-level executives, through the theories and principles taught for decades in business schools, with the help of major consulting firms, deeply engraining the Taylorist idea of the firm as a machine, in which people are less considered as resources than as an adjustment variable of costs. How work is really done, the realm of grey processes and human ad hoc collaboration, has progressively been buried under a conceptual view of how work should be done.

What we are in fact witnessing today is the progressive substitution of this narrative by another, heralding a social enterprise enabled by technology. But has the notion of a diffuse workplace a firmer grasp on reality? In an article provocatively entitled ‘I could be dead for two weeks and my boss would never know’: The rhetoric and reality of flexible work, Dr. Andrea Whittle has shown how teleworking can be different from the discourse held by technology vendors. Isolation, difficulties to balance private and professional life, lack of true collaboration, are realities experienced by most workers. But, just like the reality of work in the “traditional” corporate world, the reality behind the distributed workspace is hidden, deleted from the dominant discourse. Today’s technology vendors have replaced yesterday’s strategy consultancies in building the narrative of the workplace.

From connections to nodes

Virtual team collaboration is a central element of this new discourse. Socialcast, for example, promises “A better way to collaborate” as follows:

“Improve teamwork through the power of enterprise social networking. You can also safely include trusted partners, customers and vendors. With Socialcast share information, assign tasks, and collaborate on documents, keeping all members of the team in synch.”

“Business depends on teamwork. But traditional tools hamper as much as help, resulting in wasted time, duplicated efforts and missed opportunities. Hours get swallowed up by email and unproductive meetings. Great ideas are lost in inboxes and siloed enterprise software. Essential information is drowned out by noise. It doesn’t have to be that way.”

The focus on teamwork isn’t a new one. It is, in fact, the workplace implementation of the theories of Elton Mayo, an industrial sociologist, formulated in 1933, according to which group belonging increases a worker’s performance, and it is quite paradoxical to see that one of the key arguments of social technology vendors is a concept which gained acceptance and importance in the Taylorist model of organizations.

True collaborative networks do not rely so much on teams than on individuals, as B. Nardi, S. Whittaker and H. Schwartz have shown. The main benefits for networked organizations do not lie in the outcome from teams, but in individual knowledge acquisition, in the ability to connect with the right people and to access the right information at the right time. Instead of focusing on teams and communities, we must concentrate our efforts in providing workers with the right resources and knowledge to build their own connections. The basic unit of social business technbology is personal knowledge management, not collaborative workspaces.

A recent study has demonstrated that “the more teleworkers communicate with their colleagues and manager using email, instant messenger, videoconferencing, and face-to-face communication, the more they feel stressed due to interruptions”. In the virtual workspace, the high level of interactive communication associated with teamwork reveals itself counterproductive and source of stress. Furthermore, the common obsession with maintaining connections through communication leads to less attachment to their organization. Networks are made of connections, of course, but they are ultimately made of nodes, and these nodes are people. As the last IBM’s Global CEO Study, Leading through connections, puts it:

“By empowering employees to act on their own ideas, CEOs are building employee accountability, initiative and loyalty. And by equipping employees to work in an open environment, they are arming the people who represent their brands to the world.”

But instead of supporting individual workers, organizations, as Nardi, Whittaker and Schwartz have shown, are in fact putting responsibility of the extra work required for virtual workplaces to work seamlessly on them, and hide the reality of this work in the emergent narrative of the workplace. Shifting from bureaucracy to networkracy will require each worker to be allowed to tell his own story of how business is done. Rather than emphasizing on the cultural change needed for organizations to become social businesses, we should focus on unleashing and supporting in the workplace the change which is already happening there as well as in our personal lives, and on redesigning organizations around it.

5 Responses to The tainted narrative of the workplace