Learning and the KISS Principle 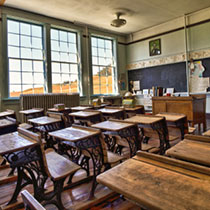 Our educational system is broken. This isn’t breaking news, of course, but what strikes me is that, while being more and more aware of the deep changes at work in our life, and of the necessity for the corporate world to adapt to the growing hyper-connected nature of our world, most “social business” discussions circle around ways to enhance operational mechanisms, and tend to ignore the real infrastructure these are built from. Can we really talk about trust, collaboration, or leadership, without considering seriously the social and psychological mold which conditions so many of our behaviors: education?

From Socrates to Black Hussars

Far from all the hype surrounding social and collaborative enterprise technologies, social learning remains contained to a confidential arena. Putting side by side the words “social” and “education” (in the mundane sense of knowledge acquisition) in the context of the workplace means at worst a somehow formal training of collaborative technologies, and at best a community-like layer stuck to a traditional LMS… Are we so much entangled into a fossilized processes and transactions based organizational realm, to have forgotten that education is nothing but a social process with a social purpose?

From Socrates’ elenchus to the theory of cognitive development developed by Jean Piaget, education specialists have acknowledged that most of our learning occurs by interacting with others and challenging our assumptions. Yet, the history of education is made of successive renunciations to this simple, pragmatic as well as theoretical, observation.

When, after the French Revolution of 1789, the public school system began to take shape on both sides of the Atlantic, the willpower to teach common civic values to people freed from the deterministic social hierarchy of the Ancien Régime paradoxically quickly leaded to a rigid schooling system, often described in military terms. For Thomas Jefferson, education was “a crusade against ignorance”; Charles Péguy, in L’Argent, wrote:

“Our young masters were beautiful as black hussars. Slender; austere; strapped in. Serious and slightly shivering with their premature, their sudden omnipotence.”

Paradoxically too, as education focused on the acquisition of social knowledge and behaviors, the way this knowledge was transmitted at school was more and more formal, and left less and less room for interaction and experimentation. The barrier between knower and learned became more and more leakproof. The more education focused on social matters (its purpose), the less it relied on the social aspects of the learning act. With democracy, teaching became training, and in classrooms, purpose smothered the process.

During the nineteenth century, another shift occurred. The newborn industry was in growing need of educated people, not in the previous social sense of this, but educated enough to join factories’ workforce. The traditional separation between school, where cultural and moral values were taught, and apprenticeship, which allowed learning practical skills through social interaction, began to blur. From a civic necessity, education became an economical one. The schooling system formalized itself even further, structuring itself into distinct levels to answer the new economical and hierarchical logic. Its main purpose was no more to create an “honnête homme”, but to prepare students to enter the world of work.

So is the narrow-minded vision of education most of us are still experiencing today. While we live in a world where growing uncertainty forces us to constantly adapt and learn, organizations mainly rely on employees’ initial training to fill roles. Then, they still consider training and learning as “feeding” activities, insulated both from work and from the context in which work takes place. Andrew McAfee just posted an article on HBR asking employers to stop requiring college degrees. He is right, but unfortunately not for the good reason. He condemns the high price and ineffectiveness of studies, where the main problem is the lack of relevancy of most initial trainings. Think of all the things that are part of our life and which didn’t exist ten years from now. Think of the 70 percent of time used to handle exceptions in companies. The unique thing formal initial training should focus on is teaching how to learn.

Beyond an absurd emphasis on initial training, our broken educational system bears responsibility for many misconceptions One of the biggest mistake we are making, when discussing the new nature of work, is to think of learning as a collective activity. But learning is not collaboration. We learn from each other, but not together. If knowledge has no value without being shared, it is of little value without being internalized within our own context. Collaboration by itself has few chances to lead the claimed transformation.

Another mistake is our present belief in an engaged workforce. For the last 150 years or so, education has been about dehumanizing individuals to fit a mechanistic system, to conform to a business environment dominated by risk avoidance, predictability and standardization. In this context, restoring trust, nurturing a climate of empathy and autonomy, will require much more than incentives and gamification. To push people out of a comfort zone that formal education built around them for many years, leaders and trainers will need to restore social into learning, not only in the knowledge transmission process, but in its core purpose. As the frontier between work and private activities blurs, it might not be absurd to think that organizations have an active role to play in education. As Emile Durkheim stated, in Education and Sociology:

“Far from having for unique or main subject the individual and his interests, it is above all the way used by the society to constantly renew the conditions of its own existence.”

To transform the way we work, we also (and maybe first) need to transform the way education is driven. By putting it back at the center of human activities, at the center of work, et by restoring its primary process and purpose, we will make a giant step in the right direction of organizational transformation. Learning? It is up to a real social business to Keep It Social, Stupid.