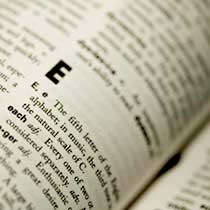 I was recently invited to participate to a session during the Enterprise 2.0 Summit in Paris, along with Jon Husband and Richard Collin, on the theme of “frameworks for the networked organization”. I won’t give here my thoughts about the Summit, as you can already find some insightful articles around the web, but will instead try to explore and develop further the ideas from my short talk.

A matter of terminology

Transforming organizations starts with transforming the language used to describe them. While we used many terms borrowed (with more or less precision and relevance) from the military realm: command-and-control, operations, reporting, campaigns, targets… to describe organizations in the Industrial Age, the social business jargon has a strong technological flavor, “framework” being a typical example. Despite a shared emphasis on the cultural and human dimensions of the change at stake, technology vendors and analysts have a strong hold on “social in enterprise”, this explaining that.

Yet, as Karl Weick and others have strongly evidenced, organizations are built up and maintained through language, through enactment. It is thus quite paradoxical to notice that we keep on using and abusing this terminology, while even the most technology inclined agree on the fact that technology is only a, not even major, part of the equation. Can we then seriously herald the need for organizations to empower their workforce, while at the same time our language enforces the idea that technology will drive the shift, in the same way it drove the change toward automatization?

At a deeper level, this paradox is in reality a Gordian Knot, and as so must be cut through in order to be untied. In our uncertain and fast-moving environment, our understanding of organizations has to shift from a Newtonian view, in which we see them as productive machines, to a Darwinian one, and consider them as ever evolving complex adaptive systems. Under this angle, the very idea of frameworks is definitely irrelevant, as no framework will ever be able to anticipate, or even summarize, the evolution of a complex system. Complexity obliges us to think differently; one of the remarkable properties of CASs is that, to be able to predict their evolution further than discrete and for a very short term (think about the inaccuracy of long-term weather prediction, for example), one has to precisely know the initial state and value of EVERY variable involved. A small imprecision in evaluating a single variable might lead to a huge divergence in the evolution of the system. In that sense, each organization is unique, and will become “social” in its own, unique and unpredictable, way, without regard to technology or methodology used to seed and accompany the change.

Social business as a purpose

Being unable to predict, and rationalize, evolution, doesn’t mean we are not able to foresee global trends of change. In fact, most of these changes have already begun to unfold under our eyes, beginning from the rise of the Industrial Revolution, without us formally noticing. What I can witness, and deduce from observations and experience, is a slow but steady evolution toward a new organizational paradigm and purpose. This evolution, which is now accelerating in a quasi exponential way with the help of technology available, will lead to what I might call true social business.

As a term, “social business” embeds much ambiguity, thus is largely subject to controversy. Terminology mist, again. It encompasses both the definition given by Peter Kim and Dion Hinchcliffe in their book Social Business by Design, of businesses internally and externally empowered by the use of social technologies, and the one from Muhammad Yunus, which has itself a dual meaning; the one of non-profit organizations acting for social good, and the one of profit organizations owned by the poor for their own benefit.

In the future, successful organizations will, to some extent, embody both significations, to be able to keep on satisfying customers who are also employees somewhere. This evolution toward what I call the thin organization, the rediscovery of a purpose for which profit is a mean and not an end, in line with what Henry Ford stated in 1903: “A business that makes nothing but money is a poor business”, I will develop in the next parts of this post.