The Broken Business Model of Business 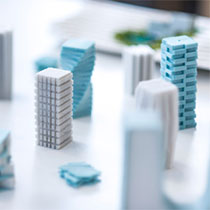 Every day, we can see new evidences that our society is broken. More than ever, we live on the edge of an era, without knowing if the present unstable equilibrium will collapse into a dystopian future or lead us to a better world. The digital revolution grants us instant access to informational cornucopia, while slowly weaving around us an universal virtual panopticon. Technology, at the very same time it allows the rise of collective intelligence, is accelerating the dawn of many professions. The landscape of work is rapidly shifting, but are we aiming at the right target? Today, I feel more assailed by doubt than filled with confidence…

Changing the way we work is a promise supported by many interesting initiatives. The MIX (Management Innovation eXchange), ignited by Gary Hamel, has the ambition to reinvent management for the 21st century. Hacking Work, initiated by Bill Jensen and Josh Klein in their book, aim at “Business Innovation, One Hack at a Time” More recently, Stowe Boyd has launched his own effort, named Chautauqua from the eponymous adult education movement popular in the end of the 19th century, while Chris Heuer and Rawn Shah both call for a gathering of Work Hackers. Yet, as empowering and insightful these initiates are, I still feel a bit uneasy with them. Isn’t redesigning work too much of a company-centric approach? Can we keep on considering organizational reengineering without taking into account the millions of people left aside by what we call “employment” in our thinking?

At the micro level, present initiatives seem stuck inside the walls of organizational strongholds.Many discussions around the future of work converge on the necessity to allow for more fluidity and freedom in the way work is done. Yet, in the meantime, outside of organizations, agriculture excepted, freelance work is declining year after year. Shouldn’t the world of work being looked at from a wider perspective?. Each worker is also a customer and a networked individual in a hyper-connected world. As work and life get more and more interwoven, considering work as a distinct activity becomes less and less sustainable. If we want to change the world of work, it is time to consider that “worker” is now getting as obsolete as “housewife”, and to consider that the power to change the game is already at work, but outside companies’ boundaries. The challenge isn’t that much about reinventing job descriptions, teamwork or outdated evaluations systems than about reconciling the way we behave inside the workplace and the one we behave at home. The outside-in force to transform business is here, if only organizations open their doors.

At the macro level, the real economy, the global exchange of products and services, has become a poor man’s economy, representing less than 3% of the total amount of foreign exchange transactions. In such a context, most of our attempts to transform organizations will break against the glass ceiling of shareholder value. As long as maximizing performance to deliver more profit for capital markets will be the (only) name of the game, organizations will stay the same. For instance, employee engagement is a generally accepted pillar of the needed transformation, but for which outcome? I guess that for anyone who will answer “to learn better and faster”, nine others would say “to be more productive”, with a typical industrial bias. Work is no more an asset in the production mechanism, but a commodity for which cost has to be optimized.

Some Few organizations have succeeded in developing more egalitarian and informal structures, but even fewer have avoided the present capitalist logic, geared toward wealth creation for financial markets. In The Business Model Innovation Factory, Saul Kaplan gave this definition of a business model: “the way an organization, creates, delivers and captures value.” Business, as a whole, captures much more value than it creates, wether it be for organizations themselves, for the individuals working for them, or for the society at large, and delivers it through speculative markets. As Keynes wrote:

“As the organization of investment markets improves, the risk of the predominance of speculation does however increase. Speculators do no harm as bubbles on a sea of enterprise. But the position is serious when enterprise becomes a bubble on a whirlpool of speculation. When the capital development of a country becomes the by-product of the activities of a casino, the job (of capitalism) is likely to be ill done.”

In other words, even more than work, the business model of business is broken. Fixing work, under this lighting, is no more than an attempt to redefine the way business, as a whole, delivers value. Yet, the two other aspects of a business model, how value is created and captured, remain mostly ignored.

Rethinking how value is created and captured

To redefine business in a sustainable way, organizations should now consider how, and for who they create value. Considering individuals, not only as workers, but as the main resources they have to take care of, is less part of work redefinition than of a larger global evolution of business toward what I have called Thin Organizations. Under many aspects, Keynes’ era is now bygone, and with it the notion of stable nation-states. Businesses should now begin to understand that the power they have is not only economic, and give back to the society which seeds their growth. The regain of interest in public-private partnerships for the development of civil infrastructures, and the rise of the newer public-private-community partnerships, which take a more holistic approach to societal problem solving such as education or water management, are by no mean a coincidence.

The nexus of business, of course, is profit. The real economy needs capital beyond the simple transaction of goods and services, in order to ensure stability and growth beyond its financial signification. Problem is, this capital is now drowned into the speculative game. The financial crisis we are living for five years now has opened the eyes of many governments, which recognize that too intense speculation puts the whole system at risk. From Paul Volcker’s proposal to European pressure on EU states to separate banking activities, and to Swiss present SVP lawmakers effort, most Occidental countries are today blowing their whistle.

Yet, this would only protect the economy to be biased by the use of the most sophisticated financial tools, such as high-frequency trading and hedges funds, but wouldn’t keep organizations away from being instrumented at shareholders’ will, and sometimes even to exhibit some sort of Stockholm syndrome toward them. The world would be quite different if, as Jon Husband told me during an interview for the Future of [Collaborative] Enterprise project,

“instead of going private on to the capital markets through an IPO, if Facebook had decided to create itself as some sort of not-for-profit collective, still of the same size providing a platform that a billion people can use, but without trying to enrich its founders and its shareholders in the same way. Now that would have been something really innovative for our society. It would have been a platform for some kind of evolution of humans on the planet.”

Is there a cure for the curse? It is way too soon to know, but on the optimistic side, some initiative, such as the B Corp movement, are giving us a glimpse of a different, more sustainable, economy. Alternative currencies, too, might provide a framework for a purposeful economy. In this field, everything is still to be invented. Would this lead to separate currencies for the speculative economy, as I suggested in an exchange on this blog with Susan Scrupski and Joachim Stroh, who invited me to join Change Agents Worldwide? Who knows… Fact is, if we really want change the world of work, we will have to tackle the full business model of business.

1 Response to The Broken Business Model of Business