The Thin Organization, Part III: From Social to Social 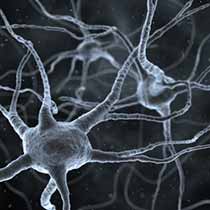 Co-evolution of organizations, technology and people is even more a fact we have to assess and embrace than a necessity. Yet, most of present social business anthems focus more on the adoption of emerging technologies, to cope with the change happening in our life, as consumers or as employees, than with core organizational change, implying that adaptation will follow adoption, diving into causal illusion.

In many places – with just a touch of caricature -, business transformation is reduced to setting back the customer and the employee side by side in the front passenger seat, after having let them in the back seat for many years, while driving a car powered by the same four-stroke internal combustion engine. In its recent paper, Social Business Patterns, IBM states that:

“A social business is an organization whose culture and systems encourage networks of people to create business value. Social businesses connect individuals, so they can rapidly share information, knowledge and ideas by having conversations and publishing informal content. They analyze social content from multiple channels and sources, in addition to structured data, to gain insights from both external and internal stake- holders.”

Similarly, in its The Evolution of Social Business study, the Altimeter Group writes:

“Organizations moving into this stage [the Converged state, defined as ‘Business is Social’] are driven by a vision that articulates how social media and digital overall improves customer and employee relationships and experiences.”

But we live in an era which sees many business models doomed with obsolescence, customers swiftly changing their consumption patterns, economic structures collapsing, employees disengaged at an alarming rate. In such a situation, isn’t then transforming processes into, or enhancing them with, conversations a rather lame objective for organizational evolution ? Business has always been done with people for people; and setting people back in the driver seat is the real and only way to go. Focusing, as we do, on “social” as an enabler, is putting emphasis on anecdotal, rather than structural, change.

In reality, a deeper transformation is already at work. Organizations transform themselves, following either an evolutionary or revolutionary path. They always did, in fact, and “the trajectory toward Smart/Social Business/Enterprise 2.0 began decades ago with the shift towards ‘the learning factory’ model“, as Anne Marie McEwan put it in her book Smart Working – Creating the Next Wave. Looking at past, and present, experiments and initiatives from a people-centric (employees as well as customers) view, can help us in envisioning successive stages in organizational future.

“Connected companies are not hierarchies, fractured into unthinking, functional parts, but holarchies: complex systems in which each part is also a fully-functional whole in its own right. A holarchy is a different kind of template than the modern, multidivisional organization. It’s podular.”

This epigraph from Dave Gray’s book, The Connected Company, says it all. To be able to adapt both to customers’ changing needs and to competitive pressure, organizations should adopt a decentralized cooperative model, and develop the ability to build strategic as well as operational ad hoc “alliances”. This model isn’t new, far from that. The Italian industry, for instance, has been dominated by small (70% of Italian workers work for firms having fewer than 100 employees), family-owned businesses, able to cluster on opportunistic opportunities. This structural agility, combined with a high focus on informal and continuous learning, has proved itself to be highly successful since the beginning of the Industrial Revolution.

More recent examples abound. Tom Peters has extensively written about companies like Union Pacific Railroad, which reinvented itself during the 80s by breaking up into small inter-related units. Kyocera Corp., a US$ 13 billion revenue Japanese ceramics and electronics manufacturer, has structured itself as a multitude of small customer-focused business units.

As responsive and adaptive as it can be, the connected organization lacks the capability to understand its customers “from the inside”, to meaningfully cope with abrupt and always faster shifts in markets’ orientations and customers’ needs. To understand customers’ job-to-be-done, companies will need to evolve further, and to directly integrate them into their processes, to make them integral part of the business ecosystem. Co-design, service design, are some of of the fields of practice which aim at setting the final user at the center of the stage. But this trend toward building multi-sided ecosystems, toward nurturing a symbiosis beneficial to all stakeholders, outside as well as inside the organization, is even more acute in the B2B world, where such evolution already exist.

Consider for instance the Suppliers Team Volvo Cars Human Resources Management Forum, which brings together HR representatives from the Volvo Cars Belgian assembly plant and some twenty suppliers, allowing them to openly share human resources issues and opportunities. Greg Lloyd, President and co-founder of Traction Software, gave me another example when, for the Future of [Collaborative] Enterprise project, he described the way Boeing was used to exchange entire teams with its suppliers for a limited time, to better understand each other needs and operational practices.

Restructured for nimbleness, tied to customers’ satisfaction and suppliers’ prosperity, organizations will have to deal, not only with dissolving boundaries, having to orchestrate resources they won’t own anymore, but also with the influence this evolution will exert on people. Remember, we are in a coevolutionary world, and while porous organizations will conform to the organizational structure observed and described by Ranjay Gulati and David Kletter in Shrinking Core, Expanding Periphery: The Relational Architecture of High Performing Organizations, they might have to aim at even deeper transformation to thrive, or even to survive, in the era of “worksumers”, of individuals who more and more are considering work, as well as products and services consumption, as activities less and less differentiated, fully integrated into an hyper-connected life.

When such dilution occurs, and it WILL occur, the very notion of organization will have to evolve. Responsive and adaptive customer-centricity in the worksumption era will morph into symbiosis, an ultimate form of win-win co-evolutionary relationship.

Social, in our not-so-private life, is teaching us that getting is giving, and new partnerships, which already begin to take place, will have to form between the entities which structure our lives: public/private, economic/political, leisure/professional. Successful companies will depart from the present view of profit as a private, financial only asset in the hands of shareholders, by enforcing its socially cohesive dimension, in a model somehow close to German capitalism. They will have to assume their role in non-directly-professional domains, whether it be in education, urban development, or preservation of environment. They will become social, in the original sense of it.

We can already see a few example of companies this ultimate stage of transformation, like Zappos and its Downtown Las Vegas project, or Compuware and Detroit’s Edible Gardens. “Social media will be like air“, once said Charlene Li, founder of Altimeter Group. Yet, the “social” she was talking about were the technologies supporting the evolving lattice of our relationships. The successful companies of tomorrow will, in turn, become thin organizations, weaving with worksumers the kind of relationships supported by a Wirearchy, as defined by Jon Husband:

“a dynamic two-way flow of power and authority based on trust, knowledge, credibility and a focus on results enabled by interconnected people and technology.”

Hierarchies won’t disappear. They will maintain the core structure of organizations, like the engine powering a car, whoever the driver is. This comes at a risk: power and authority flows can be gamed, and hijacked at the benefit of few. Whether it becomes enabler of a better life, or Big Brother of a dull future, the becoming of the thin organization definitely belongs to us.

4 Responses to The Thin Organization, Part III: From Social to Social